Paul Jones – A Founding Member of The Coastal Empire Region

I recently had the pleasure of a conversation with Paul Jones, one of the founding members of CERPCA fifteen years ago!

During our conversation, Paul tells me he has owned seven Porsches and has been a member of PCA for over 30 years. One of the things he likes best is making lasting friendships with other PCA’ers from around the country. He cites his only dislike as change coming slowly due to the size of the club and its’ occasional bureaucratic nature. He has attended sixteen Porsche Parades with his first being Traverse City, Michigan in 1989. His favorite memory:

“Picking cherries off the trees on the golf course during the tournament and enjoying freshly baked pies up the road. Also learning the hard way that the judges do judge the inside of the front storage compartment during the Concours. Obviously, we did NOT trophy!” He doesn’t remember seeing any other CERPCA members at recent parades.

Paul would like to start regional competitions in concours, rally and autocross – something the club has not done. He says “CERPCA was formed out of the desire to put on DE events at Roebling when the upstate group would not support us in that endeavor under their region” (Ed note: The full story of the founding of CERPCA is elsewhere in this website)

Paul added “We have retired from PCA this year because of too many conflicting activities and too little time. Balancing all the available opportunities as a retiree is a tough job. I recently became certified by AARP and the SCDMV to instruct their Smart Driver courses. This will put my years of instructing at DE events in PCA and BMWCCA to good use.

It will, indeed, sir. Thank you for taking the time to “chat” with us. 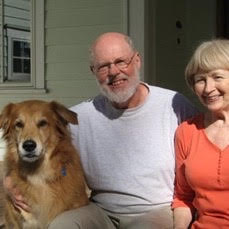